Email us about this product

EARGASM EARPLUGS WILL HELP STOP RINGING EARS, SAVE YOUR HEARING, AND LET YOU ENJOY YOUR FAVORITE ACTIVITIES WORRY FREE

Already trusted by 100,000 customers and growing:

Thank you for submitting a review!

Your input is very much appreciated. Share it with your friends so they can enjoy it too!

I’ve been seeing Eargasm ads popping up all over- immediately was sucked in. After researching a bit further finally decided to snag a pair. I’ve been playing in loud bands for the better half of my life on top of photographing live music (ears always too close to monitors, drums etc) ...I’ve never gone out of my way to spend over 20 bucks for a pair of earplugs because I didn’t like how it effected the clarity or made me feel as though I couldn’t hear myself while singing. The Eargasm earplugs have been such a breath of fresh air. Not only do they fit comfortably in my ears, they protect from the harsh noise while still being able to hear what’s going on without that muffled under water effect. The few weeks I’ve been using them, I often forget that I’m wearing them after leaving a show, even when talking in a quiet setting due to the comfort and quality of sound that they allow to come through. Definitely recommend! Worth the extra money without breaking the bank. Just do it. :)

I got tickets to a rock show and after checking out the venue realized the place was going to be much smaller than anticipated. The band playing is known to rock pretty hard and I was expecting my face to be melted off from the sheer awesomeness of the talent playing. I wanted to look into some good earplugs to preserve my hearing. These were everything I wanted. They were discreet and did the job well. I could hear the music with clarity and the intensity still came through. I love the convient carrying case to put on your key chain. I would recommend these to anyone who frequents concerts.

I purchased them for my 75 year old mother, who had a sudden autoimmune issue in her brain that affected her balance, vision, ability to eat and made her hearing Very painfully acute. To the point she would vomit, or pass out. I had them sent to her for an early Christmas gift! Since then she fell and broke 3 ribs, sprained her shoulder and ended up with pneumonia. She is a trooper and is recovering from the fall, but in the chaos, my 83 year old Dad admitted he thinks he threw away the package by accident, BEFORE SHE EVER SAW THEM!!! They were embarrassed to tell me! He feels terrible! We have all searched EVERYWHERE! So, I ordered a pair for ME now, as I have developed similar issues. I am excited to try them, and hope to be able to order my mom a replacement Christmas gift soon! Thank you!!

France
Thank you for allowing me to enjoy concerts as before!

I've bought those in July 2019, after being hurt really bad at a concert. Since then, I've worn them at tones of concerts! And those allow me to be as close as I want to the stage, while otherwise I would need to stay in the back So I'm really happy! However, I've lost 1 of the earing at the last concert I went to :( So I'm buying the whole thing again, which is kind of expensive!!.... but this time, I've added the cord so hopefully I won't loose them!

Hi there Sofia, Thank you so much for the lovely review! We actually have replacements available here so you won't have to re-purchase an entire set: https://eargasmearplugs.com/collections/high-fidelity-earplug-accessories/products/eargasm-high-fidelity-earplugs-earplugs-only?variant=19109055889481 Sincerely, Pan Customer Support at Eargasm Earplugs 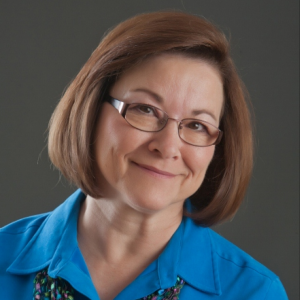